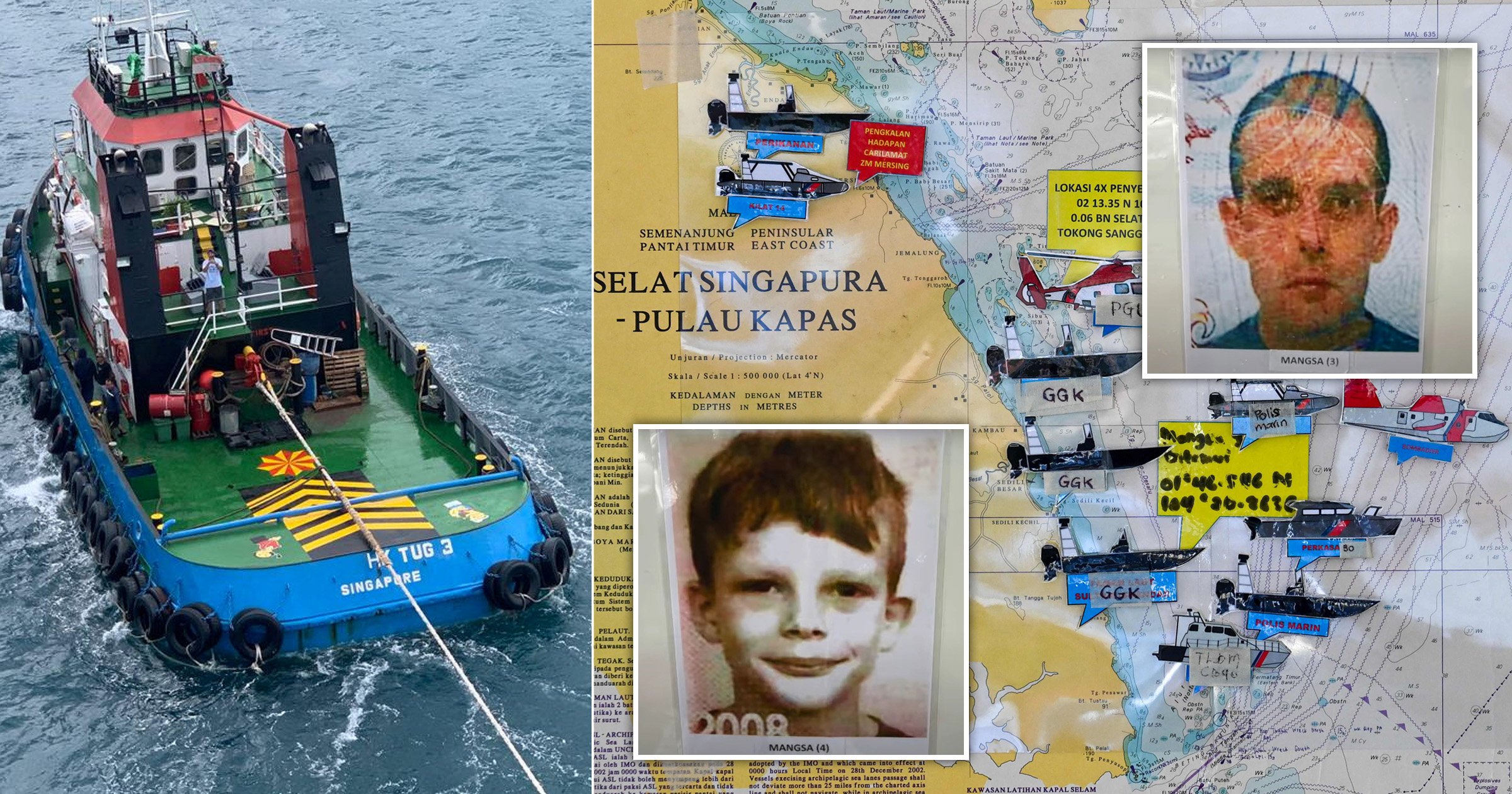 A British Shell engineer and his teenage son were left 9 miles off the coast of Malaysia on a diving trip and feared to die.

Adrian Chesters, 46, and Nathen, 14, swim 49 feet deep on the small island of Pulau Tokong Sanggol near the town of Mersing.

Their ship returned to port without them on Wednesday and launched a mammoth search and rescue mission to find stranded divers dragged away by strong currents.

The captain gave a statement to police in Mersing but was later arrested when a urine sample was provided and tested positive for methamphetamine.

It is unclear if he was on drugs at the time of the incident, but investigators are looking into any cases of negligence.

The Norwegian national, who was teaching three others for their advanced diving licences, was spotted 30 nautical miles from the team’s dive site.

After 40 minutes in the water, authorities said the group could not see their boat when they surfaced.

Mersing police chief Cyril Edward Nunin said: “The instructors tried to keep them all together but they were separated.

“We are confident that the three victims will be found safely as they are all experienced divers.”

Authorities have deployed two planes, 18 boats and about 90 people, including rescue divers, to search for the missing trio, but hopes of finding them alive are fading.

Police will assess the diving equipment used and the location, adding that the captain is being investigated under section 15(1) of the Dangerous Drugs Act 1952.

Johor police chief Datuk Kamaru Zaman Mahmood said the captain was arrested after making a statement at the Mersing district police headquarters at 11.30pm on Wednesday.

“When we did a urine test, he tested positive for methamphetamine use,” he added.

Chesters, originally from Sheffield, recently moved his family to Malaysia after working as a senior engineer on Shell’s Appomattox drilling rig in the Gulf of Mexico.

A foreign ministry spokesman said the department remained in touch with Malaysian authorities.

She was “floating and fully equipped” in the waters off Tanjung Sediri, Kota Tinggi, on her way from Indonesia to Thailand at 8.15am local time.

Grodem was taken to hospital by helicopter and is said to be in stable condition.

Malaysia’s borders reopened to foreigners on April 1 after being closed for more than two years during the Covid-19 pandemic.

For more stories like this, Check out our news page.