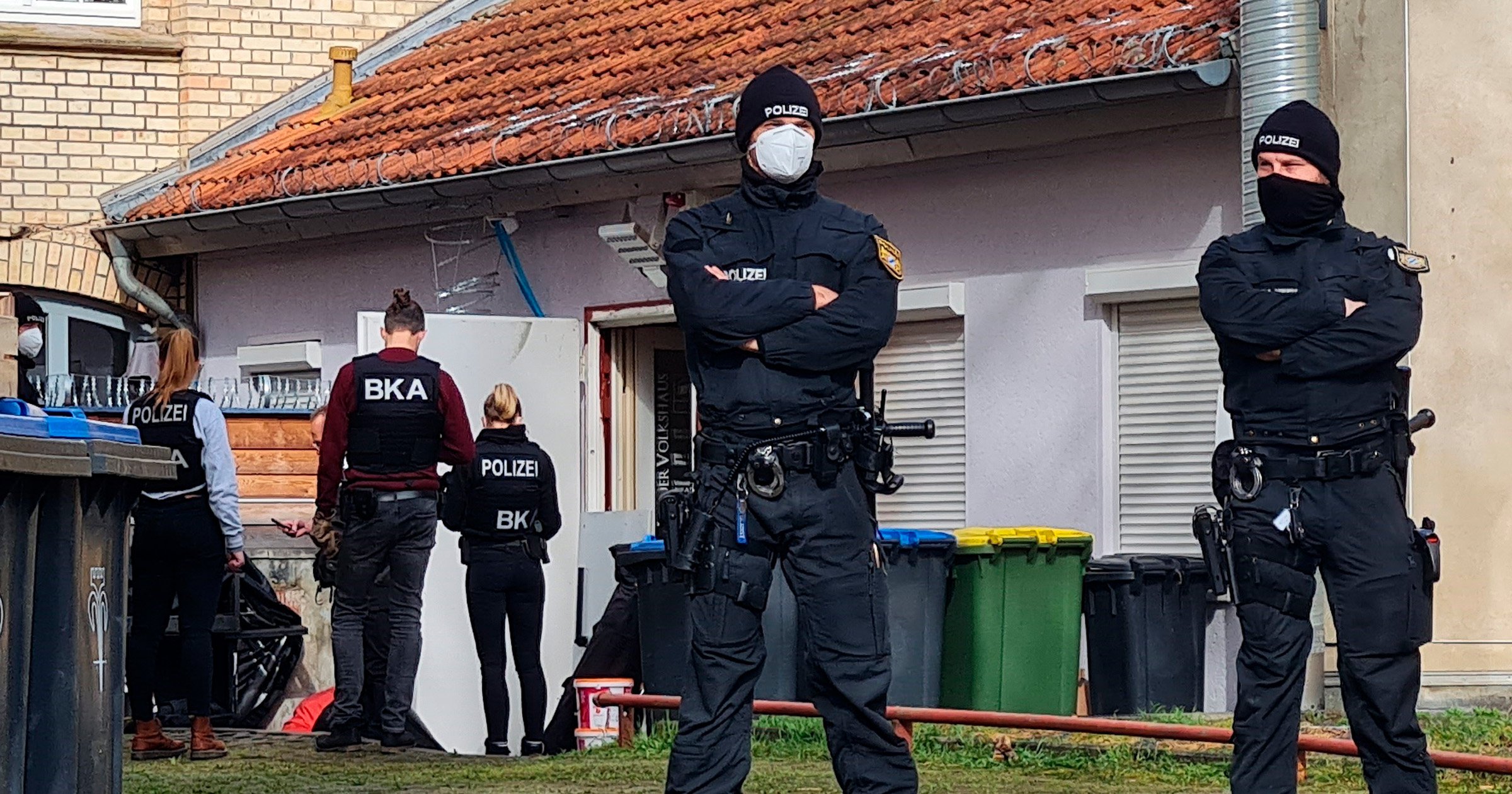 Four members of a far-right sports group accused of trying to create a Nazi community in a German town have been arrested.

The men – identified only as Leon R, Maximilian A, Eric K and Bastian A – have been held in Germany as part of an investigation into extremist groups.

They are said to be members of the Eisenach-based Knockout 51, which aims to indoctrinate young people and train them in street fighting.

According to prosecutors, the group had ties to other far-right groups and was also trying to create a “Nazi community.”

The group is believed to have held training sessions at the local headquarters of a small far-right party in a small town in the east of the country.

They are said to have clashed with police and counter-protesters at a rally against Covid restrictions, with members accused of hurting several people.

A total of 61 properties were searched across Germany yesterday.

For more stories like this, Check out our news page.