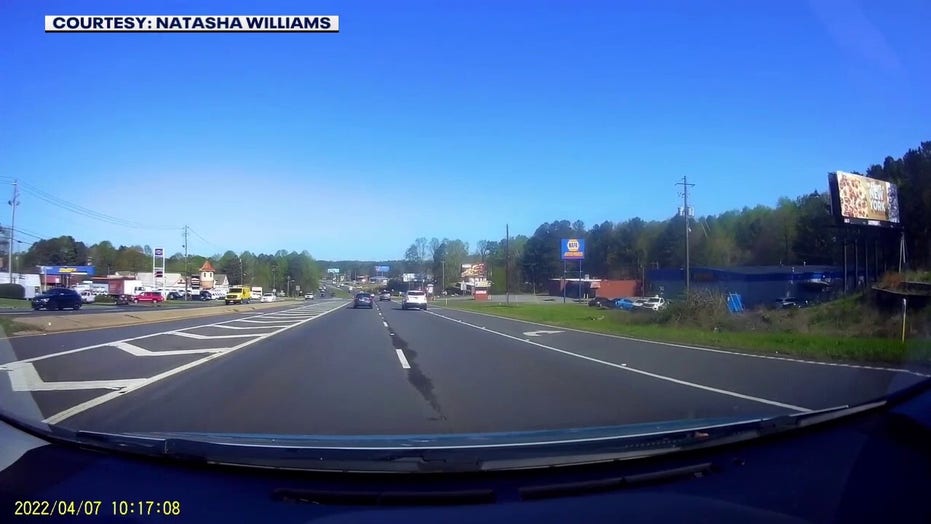 Traffic was disrupted when a small plane crashed on a highway northwest of Atlanta, Georgia, on Wednesday morning, authorities said.

Driver dash cam footage obtained by Fox News Digital shows the plane limping out of the sky into the middle of Kennesaw Highway 41 at about 10:15 a.m.

The FAA said the plane was a single-engine Grumman US AA-1.

The pilot was the only person on board and reported an engine problem after leaving Cobb County International Airport-McCollum, according to the agency.

Kennesaw police identified the pilot as Corey Robertson, but gave no further details. An official said he left the wreck and refused to go to the hospital.

Police said the pilot clipped a wire and a power cord when the plane crashed and landed. Georgia Power has repaired the power cord.

The department posted a photo on Facebook showing the plane nose down in the middle of the grass between the north and south lanes.

Authorities blocked Cobb Parkway north of Kennesaw Due West Road for several hours while they investigated. The plane has since been towed and both lanes have reopened.

The FAA is investigating. Kennesaw is about 30 miles northwest of Atlanta.