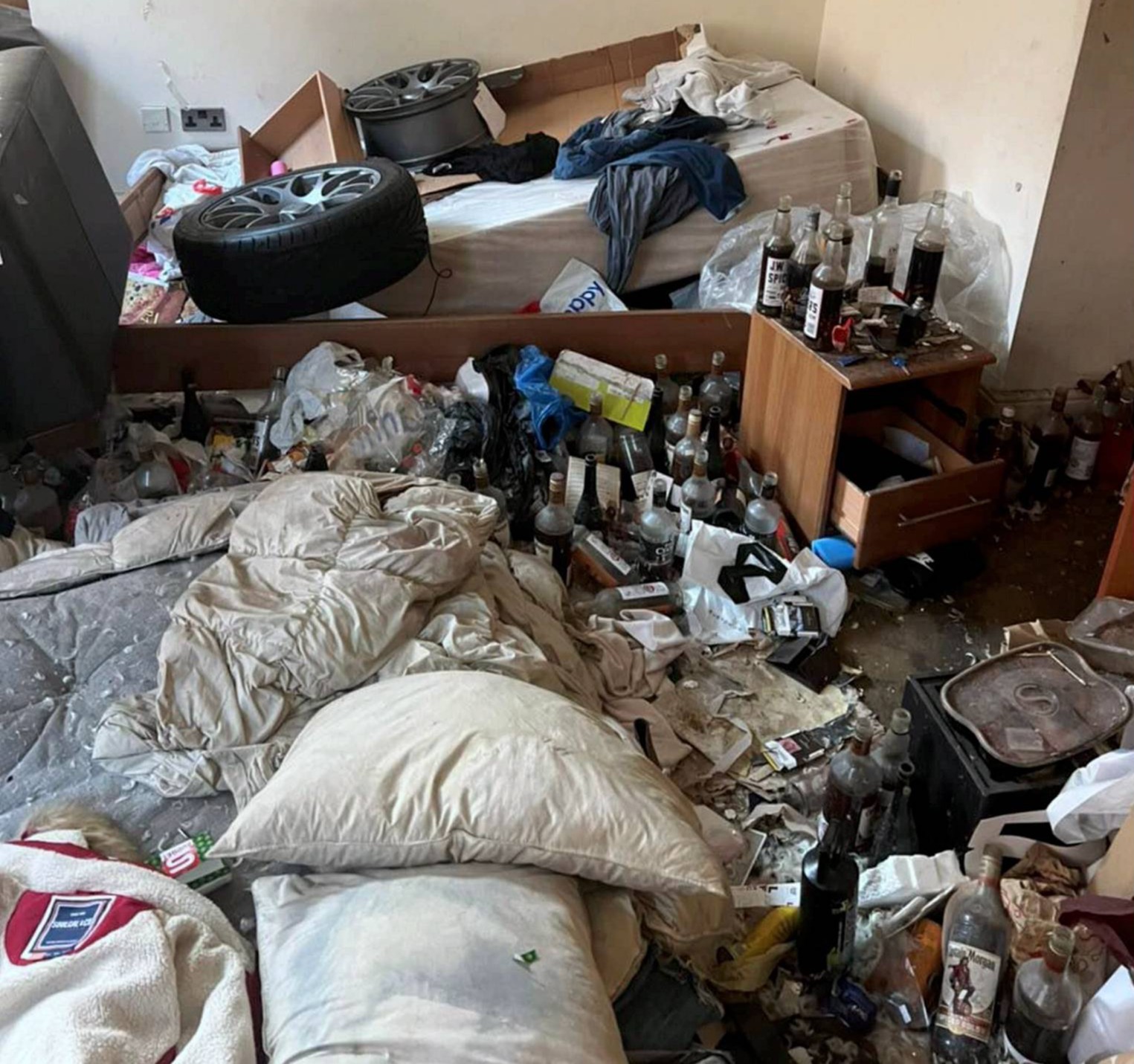 An apartment full of rubbish and bottles took a professional cleaning team seven hours to clean.

Jonny Caisley, the head of a cleaning company in Newcastle, was called to the property in the city centre – but he was shocked to find the smell of rubbish piled up.

The alcoholic owner left the apartment in a disgusting state, which required all Jonny’s staff and three vans to be cleaned.

Trash filled every surface and covered floors, while empty beer and rum bottles collected a thick layer of dust.

There was also an “unpleasant” smell, with pizza boxes and leftovers stuffed into the kitchen stove. The counter is full of plastic bags with more rubbish.

Furniture was also in disrepair, with abandoned mattresses, overturned sofas and even tires scattered around the apartment.

Jonny Caisley, director of Gold Star Haulage and Removals, said: “The owner was an alcoholic and let it go.

“I got a call to look at it and I thought ‘this sucks’. But, it was a job. Other companies turned it down.

“The smell is horrible. The food has been out there for a while like everything else.

“All my staff are working, and it takes six to seven hours to complete – and three vans.”

Even after removal, photos show huge black stains on the carpet. However, Jonny believes the apartment still has potential for the next owner.

He added: “This apartment is in the centre of Newcastle, a sought-after area, and these apartments are priced at around £150,000.

“The neighbours are so happy we cleaned it up because I think he’s a nightmarish neighbour.

“It’s a great location and a decent size. Hopefully others can move in and give it new life.”

On April 21, an apartment in a similarly neglected state was marked as a “perfect investment” and was due to go up for auction. The one-bedroom apartment in West Kilbride is full of abandoned furniture and dusty, but it’s a great renovation. new owner.

However, a mum-of-five recently took to social media to defend her messy three-bedroom house. TikTok user @meganhageyyy shared a video of how people should “regulate” homes that don’t look perfect.