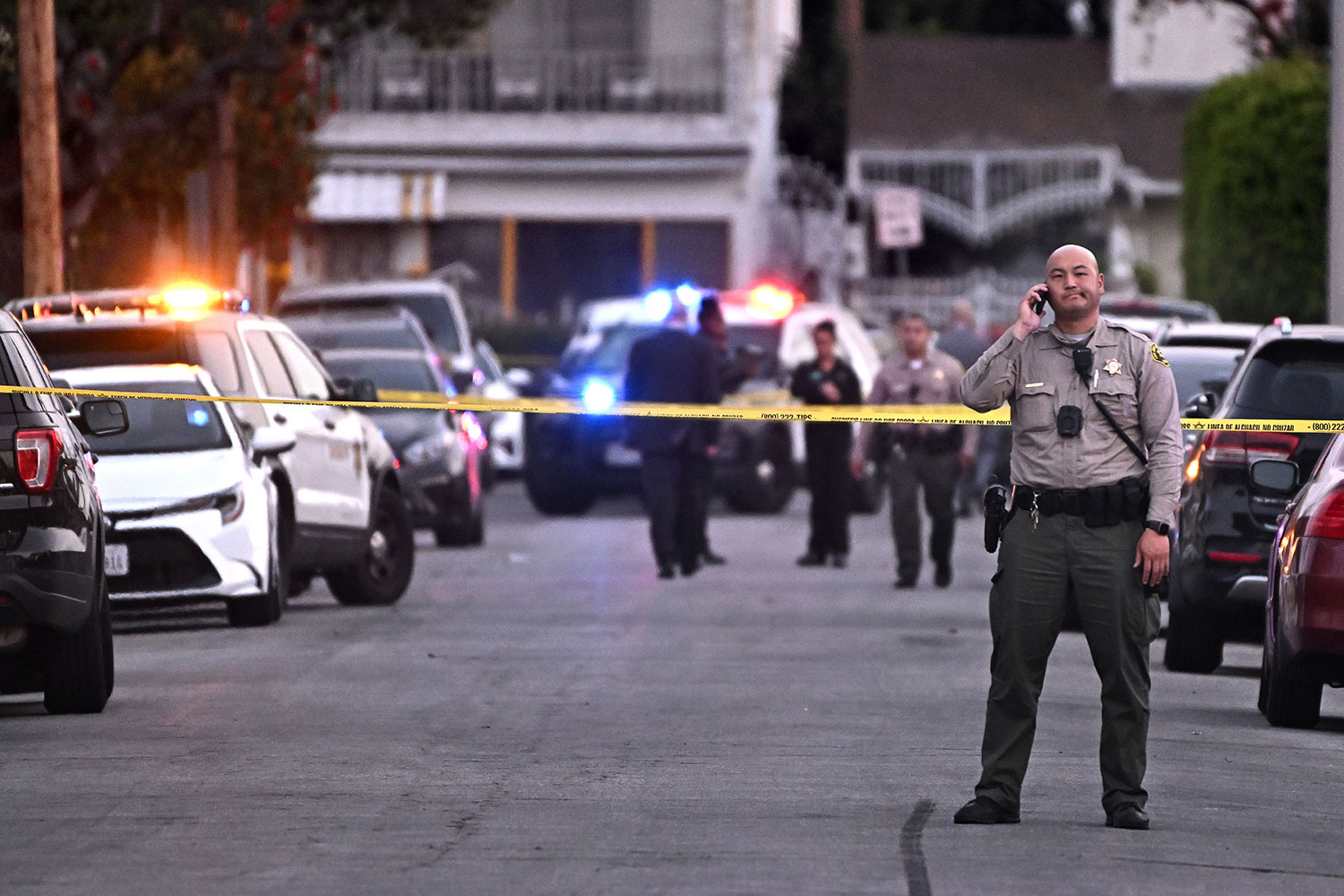 At least two people were killed in the mass shooting.

A shooting occurred Sunday in Willowbrook, California, according to local reports.

“My house was demolished. Broken glass, everything.”

Zimmerman said her 21-year-old was shot.

Four men were rushed to hospital, one of them in a critical condition.

A fifth victim is understood to have driven to hospital.

No one was arrested.

Police have not released any information about the shooter.